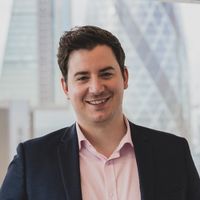 With a vision of walking into a room filled with jump leads, buckets, rags and zip ties, I intrepidly walked up the gang plank onto HMS Belfast.  After meeting Dan from Applied Influence Group over a coffee, I has been invited to join one of their taster days to learn how the techniques and tools used to secure vital information in the war against terror could be used to influence my next major bid. My perceptions of what the day could hold couldn't have been more wrong.

I won't give away the secrets of the taster day - if you're interested in finding out more I'm very happy to introduce you to the team at AIG. I can however give you an outline of the day, and more importantly some key things you can take and apply now if you're selling or procuring.

It was over a year ago when I was invited to a networking breakfast to watch the British and Irish Lions playing in New Zealand (I think they lost). After having my fair share of bacon sandwiches and coffee, I found myself on the balcony outside the event talking to a chap called Ian who explained to me that he was leaving the military soon and was joining a business called Applied Influence Group (AIG) who help businesses and people improve their influence. Interested, I took Ian's card but, to my detriment, I didn't follow up after the event. My chance first encounter with AIG soon slipped my mind.

Roll on nine months, I'm in a new role at Mace, and David Kirk from Passle introduced me to Dan Connors from AIG. Perhaps it was the first meeting with Ian stuck in the back of my subconscious,  or my trust that if David says something's good, chances are, it's amazing! But whatever peaked my curiousity, I found some time in my diary and met Dan to find out what AIG do and how they could help unlock some of the challenging deals I was working on at Mace.

The coffee led to further discussion via email and social media, and then onto an invite to a AIG Taster Day. Held on the HMS Belfast, it was an amazing experience, but completely not what I expected from a company who takes military human intelligence and applies it to the business world.

Building trust and being intentional, no fingernail torture needed...

As I walked onto HMS Belfast I was slightly nervous. Jokes about waterboarding and torture aside, Dan had explained human intelligence is all about planning your actions and building trust with your opposite number, whether that's a colleague in your organisation or a prospective client.  It turns out human intelligence is a lot more about practical application of psychology, and a lot less about manipulation and trickery.  Key facets include emotional intelligence, profiling and understanding behaviours, and influence planning.

An ethical line remains firmly at the front of their training, that you should be building meaningful relationships with people; the effort you put into creating a bond should stand the test of time, not just the length of a tender process.

Entering a room on the HMS Belfast I was greeted by a mix of people from legal and banking professionals through to NGOs and tech specialists.  The mix of backgrounds and perspectives made the day even more useful - it enabled me to see how the approach could be applied to different challenges, not just my own.

The day was a good mix of classroom teaching, group exercises and a practical scenario at the end, applying the basic tools we'd learned into a business challenge. AIG were keen to point out it was a taster day, and a lot of the practical tools they provide clients weren't covered, but I still walked away with a number of techniques which I could apply from day one.

AIG are open; they have approached the development of their offer in a slightly different way, having taken 20+ years of learning and experience from the military and then worked with academics to link their approach back to the theory that backs it up. But this is great - AIG use stories of their military service to bring the theory to life, so it doesn't feel like you're back at University sitting through a lecture.

Most of you will have come across some of their basic techniques, but the big thing I took away was taking more time to plan my activities. In the rush of a big bid or pursuit, with limited opportunity to meet key decision makers in the process, sometimes we don't take enough time to really work out in detail what we want from each interaction and, importantly, how it moves their opinion towards our way of thinking. With some big pursuits on the pipeline, their Short Term Influence Plan technique will prove vital, along with their strategy for influence mapping.

So the question for me is, how do I bring this learning back into my world? Well, there are things I can take away as I work on major pursuits, but also some things that my clients can learn to help them get the best deal out of their next major procurement exercise. I said at the start of this post I wouldn't give away the secrets, but 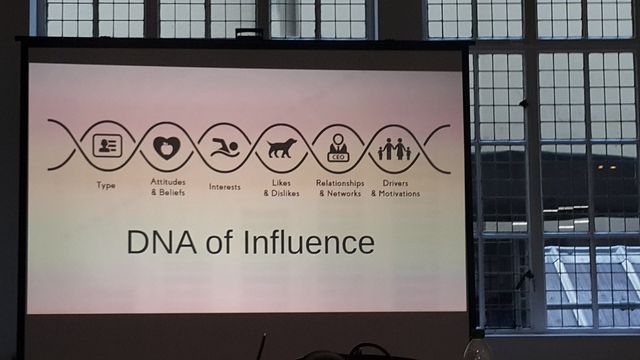 Last week we spent some time with the @DLA_Piper WIN programme. @khughesAIG has some observations from the day - Elite Influence With DLA Piper's WIN Programme (via Passle) by @AppliedIG https://t.co/2Xz2pX8Kvy #behaviourchange #enabler #inhouselawyers #influence #legalsector